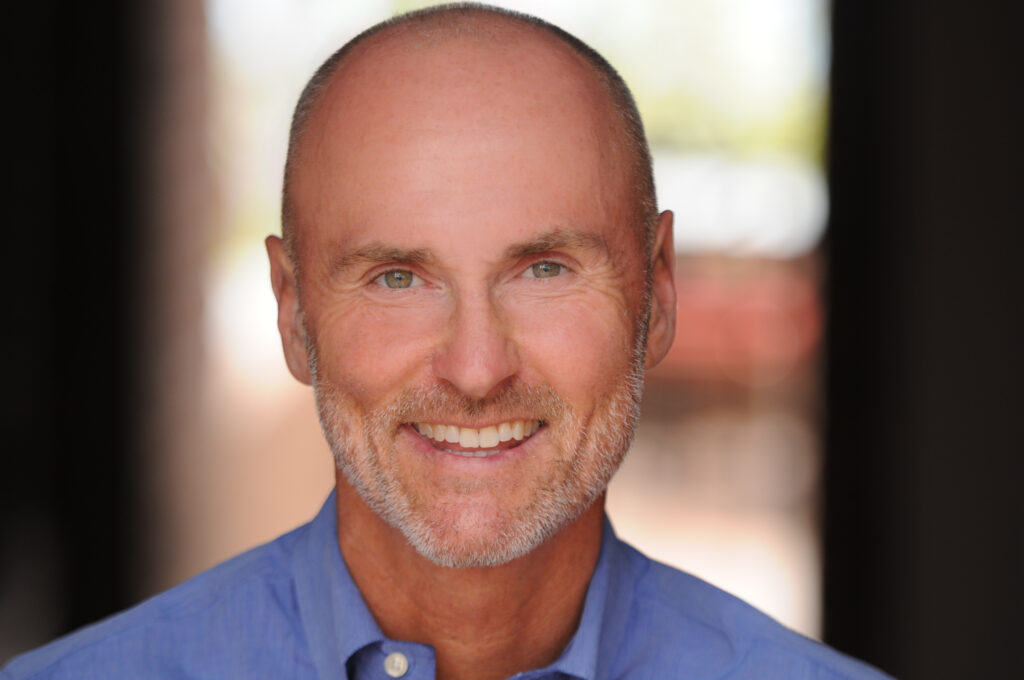 Aging isn’t optional, but growing old is, says Chip Conley, mega hospitality entrepreneur and best-selling author, who’s inspiring a new kind of midlife learning and living, and bringing attention to the benefits of rewiring, not retiring.

Conley, 60, is shifting negative mindsets on aging through his midlife wisdom school, building regenerative communities, and frequent lectures on the benefits of age diversity in the workplace.

Regenerating rather than retiring is the way to remain relevant in your bonus years, believes Conley, who did just that as the leader at Airbnb. At the age of 52 and twice as old as the average Airbnb team member, the rebel boutique hotelier joined the promising home-sharing tech startup and helped grow it into the global hospitality giant it is today.

“The technical definition of retirement is to move into seclusion while regeneration means to bring something back to life,” says Conley, and that’s where purpose, instead of going out to pasture, comes in.

His social projects provide a place and the tools to reframe a lifetime of experience for a relevant and exciting “middlescence.” His Modern Elder Academy (MEA) located in Baja California Sur offers learning, growth, and a fresh perspective through workshops and sabbaticals to help master elderhood.

And he’s reimagining retirement communities. Wave goodbye to conventional and welcome intentional: Think golf courses being replaced by wisdom schools, says Conley, where purpose and connection flourish in regenerative communities of interconnected, interdependent living. The first of a collection of communities will open in Santa Fe, New Mexico in 2023 on 2,500 acres.

“People are more thirsty for community given their experience with the pandemic,” says Conley, who writes a daily blog called Wisdom Well.

Aging isn’t to be feared as long as you embrace purpose, wellness and community, says Conley, adding that Yale professor Becca Levy has shown in her research that when you shift from a negative or neutral perspective on aging to a positive mindset, you add 7.4 years of additional, happy life.

Instead of becoming like turtles and retreating into our shells as we age – which is actually isolating and speeds up the aging process – consider sticking out your neck and embracing curiosity. Along with increased EQ and happiness, Conley says that “it’s with our necks stuck out that we will also stay curious, interested and inspired… just because we age doesn’t mean we stop growing.”

“So, don’t think that your healthy aging is just about your personal exercise, nutrition and sleep. It’s also about who you spend time with and what kind of meaningful relationships you have in your life”

“So, don’t think that your healthy aging is just about your personal exercise, nutrition and sleep. It’s also about who you spend time with and what kind of meaningful relationships you have in your life,” he says.

Conley is proof that sharing wisdom acquired from a lifetime of careers can fuel personal fulfillment, businesses, and communities, and that age diversity at work makes for better workplaces and intergenerational rejuvenation. His book Wisdom@Work: The Making of a Modern Elder, tells the tale of being an Airbnb mentor and, surprisingly, an intern at times too.

Older and younger workers need each other, and all ages can learn from each other. “We have five generations in the workplace for the first time and 40% of employees have a boss younger than them. By 2025, the majority of American employees will have a younger boss. This means we need to create intergenerational collaboration like we’ve never done before.

The idea of retiring and rehiring is big now. And there’s a real opportunity to collaborate and transfer wisdom. Conley says we need to help companies see that age diversity on teams can make a big difference in companies while also “acknowledging that everyone should be a ‘mentern’ – a mentor and intern at the same time.”

One of the cofounders at Airbnb told him that he was the perfect alchemy of curiosity and wisdom – a modern elder, and that’s how he got the title. “It’s that beginner’s mindset that we need to have our whole lives,” adds Conley.

“And it’s often shared across generations, in both directions—as a modern elder may have as much to learn from a young person as vice versa”

Learning and community make for meaningful second and third chapters: “We’re living longer, organizational power is shifting younger, and the world is changing faster. That leaves people bewildered. I wanted to create a place where people could get the tools and support to feel confident and inspired in the second half of their adult life.”

To date, over 1,000 people from two dozen countries have enrolled in his ocean-front academy. Learners range in age from 30 to 88, with an average age of 54. More than 60% are women.

Conley is hopeful that his social ventures will be “a catalyst for a new kind of inclusive, intentional community that helps mainstream the idea that wisdom isn’t taught, it’s shared.

“And it’s often shared across generations, in both directions—as a modern elder may have as much to learn from a young person as vice versa. Unlike a traditional business focused on amassing massive market share and squeezing out the competition, our goal is to be a role model. It’s time for us to grow our neighborhoods, not just build them,” Conley told globenewswire.