Touch Deprivation And What It Means For The Elderly

Touch Deprivation And What It Means For The Elderly 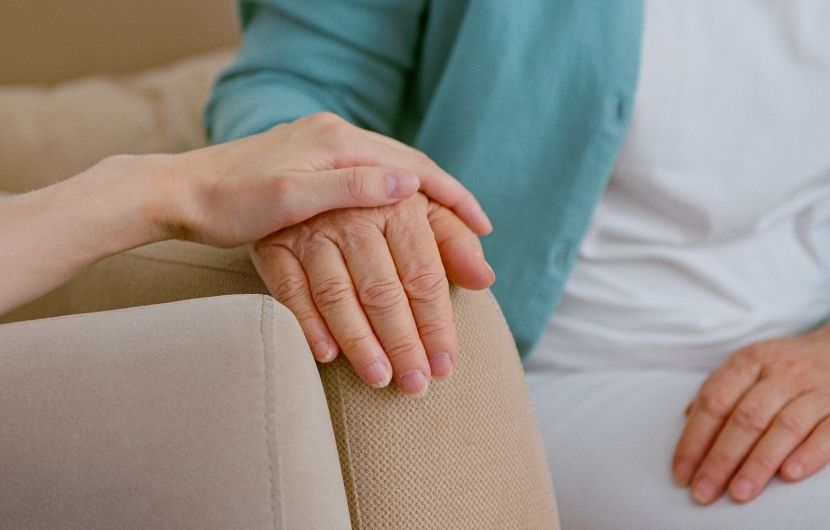 As the pandemic lingers, so too the suspicion of touch.

Do you flinch when someone reaches out to touch you? Anxious about a spontaneous hug or an encouraging pat on the back? If you’re feeling out of touch, you’re not alone.

Eighteen months into the pandemic, and we’ve forsaken casual touch, from handshakes and hugs to pats, rubs, squeezes and strokes. And with dreary winter days looming ahead and continuing social distancing measures, who knows exactly the after-effects of this global experiment in touch deprivation.

According to experts, people can experience touch starvation. “Human beings are uniquely wired to crave touch and to be touched,” says registered psychotherapist Joshua Peters, and we’re hungering for this form of communication but touch has become synonymous with fear and sickness in the pandemic.

“Being held is one of the first ways we communicate feeling loved and connecting with others… touch reminds us that we are loveable and safe,” says Peters, a clinical supervisor at the Centre for Interpersonal Relationships, adding that there’s an increase in people in therapy describing their need to be touched and held.

It’s an essential life ingredient but the pandemic has some of us enduring a solitary confinement of sorts, says Peters, and being touch deprived can make individuals more irritable or depressed. “Public health restrictions are essential for our greater health, but have no doubt taken a toll.”

According to the 2020 BBC and Wellcome Collection survey, as the pandemic progressed, even those who lived with other people began craving more touch.

Touch was the most vital nonverbal behaviour in the nursing profession when treating older patients.

And the desire for touch may be felt more intensely by older adults, suggests a study published in Nursing Older People. It reports that touch was the most vital nonverbal behaviour in the nursing profession when treating older patients. “In old age, the tactile hunger is more powerful than ever, for it is the only sensuous experience that remains,” write the study researchers.

Touch makes us tick, but according to Dr. Tiffany Fielding, we’ve actually been falling out of touch for quite some time. “It seems that the pandemic has only exacerbated the touch deprivation that was already happening.”

Fielding has been researching therapeutic touch for decades: “We studied touch at airport departure gates before the pandemic and folks were only touching 4% of the time. They were mostly on cell phones – and not talking – just texting and scrolling,” says Fielding, founder, and director of the Touch Research Institute at the University of Miami Medical School.

The no-touch culture isn’t good for us – we need a daily dose of touch, says Feilding. “We know from our research that moving the skin is critical for health.” Practices like massage and exercise can help us find calm and cope better.

“Human touch is a critical and powerful part of our existence, and integral to our bodies ability to heal and regenerate”

Until now, few comprehended the strength of touch, and most took it for granted. “It’s silent but potent. Human touch is a critical and powerful part of our existence, and integral to our body’s ability to heal and regenerate,” says Jim Corcoran, a pioneer in the health and wellness industry and founder of Ste. Anne’s Spa in Grafton, ON. “When we’re deprived of positive human touch, there’s lots of cascading negative side effects to our health – that’s why we’ve required therapeutic treatment as part of our spa experience since we opened 30 years ago.”

Corcoran is seeing an overwhelming demand for their holistic services, particularly body massages, head massages and facials. People don’t feel comfortable traveling far and have faced very restricted access to the health/wellness sector, and this has resulted in a surge to satisfy an insatiable hunger for stress relief and rejuvenation in the form of restorative, prolonged, well-intentioned touch at his destination spa.

He has witnessed touch taking a backseat in modern life: The rise of busy lifestyles and technology have replaced healthy skin contact. Cell phones are held instead of hands. In addition, “we’ve seen western medicine move away from human touch – there’s latex, paper or stainless steel between you and the caregiver,” says Corcoran.

We need to prioritize touch as an important component of wellbeing, agree experts. It will take time to decondition our fear response to touch but “our deeply human yearning to touch and be touched will no doubt re-emerge with time and patience,” adds Peters.