Staggering Death Rates of Senior Pedestrians in Toronto – Why?

Staggering Death Rates of Senior Pedestrians in Toronto – Why? 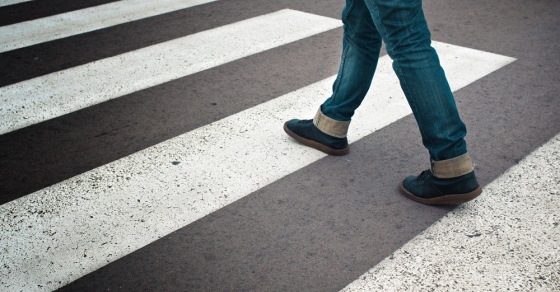 In Canada, the death toll of pedestrians is rising frighteningly fast each year. In Toronto alone, the numbers are staggering. Data released by the Toronto Police shows that in 2016, the city saw its highest pedestrian death toll in eleven years; 44 fatalities. 67% of these victims were over 65 years old. Did the numbers peak there? Not at all. 2017 and 2018 each had 41 deaths, and 42 pedestrians lost their lives to vehicle collisions in 2019. 25 of these victims were seniors.

I had no clue of the severity of this issue when I began researching for this article, but what I’ve found has left me completely shocked. There seems to be a complete disregard for protecting the city’s most vulnerable from the city’s most commonly available weapon: dangerous drivers.  Between 2005 and 2016 alone, an estimated 870 seniors were killed or critically injured after being hit by vehicles in Toronto. It’s completely unacceptable. Frankly, it’s terrifying – I can’t imagine how it feels to be a senior that gets around on foot in a city where those statistics are the truth.

How is this happening? How has this been happening?

In 2017, Toronto introduced Vision Zero as a comprehensive five-year plan to make the streets a safer place for all pedestrians. This was to be achieved through stricter enforcement of traffic laws and changes to the education of drivers. However, as we can see from the numbers I listed at the beginning of this article, any changes made haven’t been reflected in the numbers yet.

Toronto noticed this too, and decided to make some amendments to their original plan. Mid-2019 saw the introduction of Vision Zero 2.0. In this new-and-improved plan, Mayor John Tory vowed to lower speed limits, create more mid-block crosswalks, increase the number of red-light cameras, change road designs, and add more signals to intersections for pedestrians.

After studying streets in Scarborough, where 16 of 2018’s city-wide pedestrian deaths occurred, it was revealed that the lack of crosswalks may have played a substantial role in the fatalities. To get to a point of safe crossing, many people would have had to walk an average of an extra six minutes. This caused jaywalking to be a common occurrence, especially among seniors and school-age children for whom the extra time was daunting. Though jaywalking is dangerous, it is only illegal in Toronto when it interferes with traffic. So in a residential area, where it is expected that people will jaywalk rather than walk to the next crosswalk, why is the speed limit still so high?

After Vision Zero 2.0 was announced, changes to speed limits on select streets were made immediately. Stickers were placed over signs until new ones could be made. Yet, even after these changes, Toronto’s average speed limit is 60 km/h. If a car is travelling at this speed, even someone in their physical prime has an 80-90% chance of being killed on impact. Thankfully, the average residential speed limit in Toronto now sits at 40 km/h, down from 50 km/h. This is an excellent improvement, though it can still mean serious sustained injuries for seniors. And that’s assuming that drivers will obey the laws and stick to the new speed limit rather than the previous one they’re used to. This difference in 10km/h, however small it may seem, can be deadly.

Unfortunately, until we see real improvement and change in the way our roads are operating, there is not much for Toronto’s vulnerable population to do apart from educate themselves and be aware. This means wearing reflective clothing in the dark, only walking in designated walkways, staying aware of traffic, obeying the signals, taking earbuds out when crossing the road, looking both ways, making eye contact with the driver. (In the event you are hit by a car, experts recommend shielding your head, staying still once you hit the ground, and immediately calling for medical assistance even if you are not in pain.)

But isn’t all of that common sense? Aren’t we as pedestrians doing that anyway?

Doesn’t responsibility fall on the driver at this point?

It is very well known that driving in Toronto is somewhat manic; there is common disregard for the rules of the road. Speeding, especially in non-congested areas, is all too common. In the case of pedestrian deaths, where the information was made available, the accidents were overwhelmingly caused by drivers in their early 20s. The city’s newest drivers are their most dangerous. Shouldn’t we be getting safer with every generation, not the other way around? In March of 2019, it was reported that already that year, 450 drivers had been taken off the road for speeding in the GTA. Of those drivers, more than 200 were between 18-25 years old. The city’s newest drivers are their most dangerous.

I fall directly in the middle of that demographic. I’m one of the only people I know my age who doesn’t drive. I have a G1 license that is almost expired; I only use it for ID. All I had to do to get that license was study online for 10 minutes and then write a test. If I failed the test, I could rewrite and adjust my answers. With a G1 license I am allowed to drive as long as there is a sober G license holder in the car. With a G2 license I am rewarded pretty much all the same rights as a G driver. Drivers Ed is encouraged but not required to become a G2/G driver. Shouldn’t Drivers Ed be mandatory, with costs supplemented by the government? It’s a small price to pay to ensure safety on the roads. Without Driver’s Ed, before the driver even gets their G2, they could be picking up detrimental, hard to break habits that they don’t even know are dangerous.

My parents ensured that my siblings all went through Driver’s Ed. I feel most comfortable when driving with them, but I can be completely honest and state that every time I drive with my friends, I am relatively scared. They all drive at least 15 km/h over the speed limit given an open road. Some of them 30 km/h, and oftentimes at night. Yes, even in residential areas. If someone were to step out in front of a car containing my friends and I, especially at night in dark clothing, they would be hit. If they were a senior, the chance that they would survive the hit is sickeningly low.

As a pedestrian, this terrifies me. I couldn’t find much information on pedestrian deaths in London ON, where I live, but I know from personal experience how dangerous it can be. I was almost hit on my bicycle a number of times as a kid while riding the residential five minutes between my parents’ houses – a total of two road crossings between them. I jaywalk all the time in London; during the day if my destination is across the street, or to pet a cat on the other side, or to move quicker downtown on nights out with friends – I’ve seen many people my age getting bumped by slow-moving cars while doing this. (Luckily our downtown gets so congested on Friday and Saturday nights that cars cannot move at their full speed, otherwise I might have witnessed worse than a bump.)

What does all of this point to? A lack of education – and therefore a lack of care – in young people.

Telling us the dangers of the road in 6th grade isn’t enough anymore. We need to be reminded. We need to take mandatory classes before getting behind the wheel of a car legally. There need to be higher consequences for speeding. The government needs to take more responsibility in ensuring the safety of our society’s most vulnerable and most treasured members; young children and seniors. Toronto is the biggest stage in Canada – if they fix their roads, the effect will run into other communities as well.

Things absolutely need to change. I invite you to do a quick Google search for ‘senior hit by car Toronto’ or even more broad, ‘pedestrian hit by car GTA’ and see the results you get. Look at the dates of the postings. This happens daily. There is a fatality almost every week. It’s ridiculous, depressing, shocking. It is seriously unacceptable. But it can change. Change is the one constant in the world. The government can set their rules, but it falls in the hands of society’s drivers to make the concrete steps towards that change.

The reality is simple: pedestrians need to trust that they will be safe when they cross the street properly, and drivers need to learn how to ensure that safety.