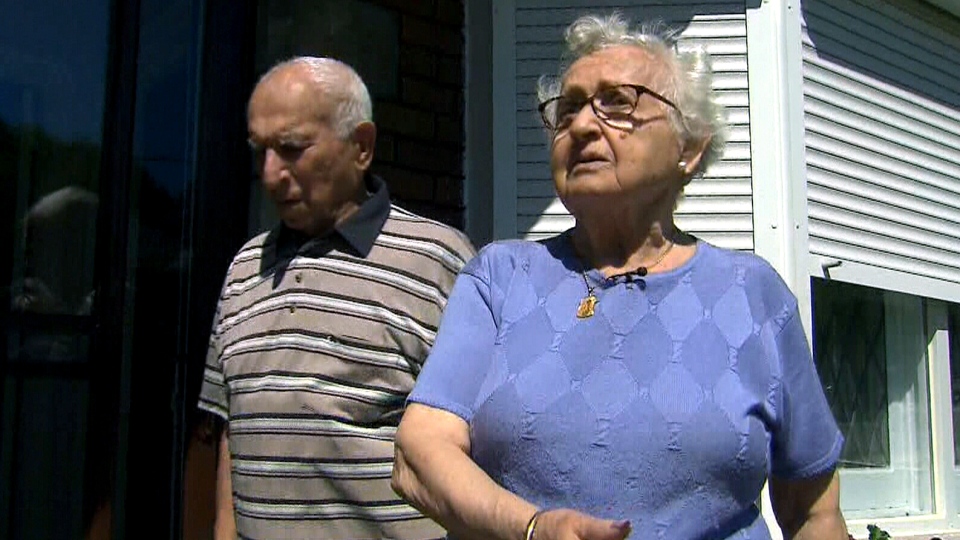 On Monday morning, our founder, Geoff Whitlock, woke up to a Tweet from the Toronto Star stating that the Michelinis where being harassed by the city to cut grass on city-owned property or face a fine.

Seeing this, Geoff immediately went out and loaded up his lawn mower and batteries and headed for the 30-minute drive to the home on Lauder Ave.  He was excited to help, but certainly, someone would have looked after it by the time he arrived.

Unfortunately, no one had stepped up to help them yet, so he parked his Charger, unloaded the lawn mower and went about cutting the grass and bagging up the cuttings.

Shortly thereafter, a news camera showed up to take some pictures and ask a few questions and people started to gather around the home.

Geoff completed the work and accepted a nice cold glass of water from Mr. and Mrs. Michelini and got to chatting.  He learned all about the story behind the issue and the events leading up to today.

Shortly after Geoff got back to the Custodia office, he began getting calls from friends and family about the story.  It was online, written and video by noon the same day

It was the most read story on CTV News for over 48 hours ending in over 80,000 reads and hundreds of shares in social media.  The Toronto Star had bigger numbers on than that.

The Mayor ended up Tweeting to thank Geoff (the good Samaritan)  and to order that the grass be cut by the city moving forward.

People really care about others, they want to make sure things are ok.  People are good.  This story has really lifted our spirits and our love for the Mayor.  Keep it up, John Tory.