Excerpts from the Wills Lawyers

Excerpts from the Wills Lawyers 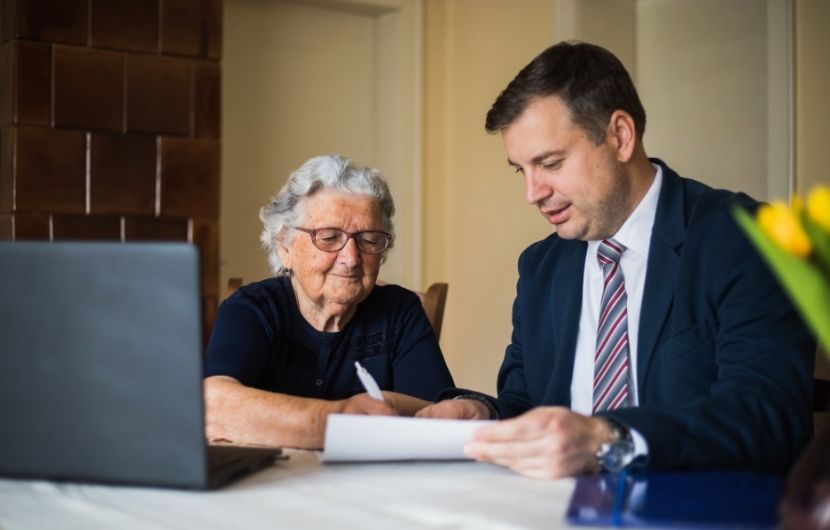 If there’s one thing that can cause major family friction, it’s the topic of money – and, in particular, wills. Families feuds are legendary when inheritances are involved.

Two experienced wills and estate lawyers, Les Kotzer and Barry Fish, can tell you all about it first hand – and they do just that in their book, The Wills Lawyers: Their Stories of Money, Inheritance, Greed, Family and Betrayal.

“Wills are contentious to families because so many children feel an entitlement to mom and dad’s hard-earned money,” said Kotzer, of leskotzer.com. “The inheritance from mom and dad is a mattress for so many debt-ridden or cash-strapped adult children to fall back on!”

Yes, they can cut you out! While there are certain grounds to attack a will, for example, undue influence, fraud, a parent’s lack of capacity, Kotzer said a child who is cut out can’t argue that it isn’t fair that their siblings got more or got it all and they got cut out. “Fairness isn’t a ground to attack a will.”

According to Kotzer, whose wills practice is located in Thornhill, some parents do not want to include all of their kids in their wills. Some parents leave more to some kids than others. Other parents cut out a child.

“I have heard some terribly heartbreaking stories from parents – about kids being verbally hurtful to them, taking their money without a parent’s consent, not letting parents see the grandkids, or some kids completely cutting their parents out of their lives,” Kotzer said.

“The will is the parent’s way of fighting back and of not letting a hurtful child getting a windfall from mom and dad’s years of hard work,” he added.

The following excerpt from The Wills Lawyer says it all:

After deferring for over 15 years to revise her will, Maureen finally decided to take steps to move forward and update her will. Her old will left everything to her four children equally; but now, she was cutting out three of them and leaving everything to her youngest daughter, Amy.

Maureen had this to say about her four children:

“My husband died; and my daughter, Chelsea, didn’t come to the funeral. She said she couldn’t get a flight out. But if that’s the case, she still could have come a few days later. She never came. I think she didn’t come because she had something more important in her life… her bridge club. I tried to forgive her, but I can’t.

I went through a serious operation, and my son, Brahm, never visited me in the hospital. Not once. He never even called me. I guess he likes the sun, and it’s too cold up here. He must have been too busy with his golf clubs to think of me. I tried to forgive him, but I can’t.

During the summer, I had a complicated move to my retirement home. But my daughter, CrystaI, who lives close by, never lifted a finger to help me. At the same time, my brother died. Crystal was nowhere to be found. She must have been at her yacht club. I tried to forgive her, but I can’t. The only one of my children who was always there for me is my youngest, Amy. I don’t know what I would do without her. She deserves to get everything that I own. After I die, I don’t care if people look at me as a bad mother. Yes, I do love all of my kids. But I just don’t like three of them!”

Meanwhile, following are two more excerpts from The Wills Lawyers.

What She Gave Up To Save Tax

Molly’s story came to me from Pam, who attended a seminar on elder abuse. Pam wanted to share Molly’s story with me so that I could write about it, as a wake-up call to seniors.

They chatted afterwards and Molly said she would send the money to Pam at the beginning of the next month, when her allowance from her children came in. Molly explained that right now, her children had all of her money because in a weak moment, she had given it all to them, and now she was living in fear. When Pam asked how this predicament came about, Molly told her the following story.

About two years earlier, her children convinced her that in order to save taxes at her death, Molly should sell her home and transfer everything she owned to them, so that when she died there would be nothing in her name. Her children would put her on a monthly allowance until she died. Her children said that this monthly allowance should be enough to cover her monthly living expenses.

Last month, Molly had to beg her daughter for some extra money, and her daughter gave it to her, but along with this money, came a scolding. Molly said that she was afraid to ask her children for more money because she did not want to be belittled again by them. Pam remembered the last words she heard from Molly that day: “This is what happens to a trusting mother like me. This was all my money. I gave control of it to my children, and now I am terrified to ask for any of it back.”

A Will as a Weapon

Henry described the fight he had with his sister, Miranda. Ten years ago, they did battle over their late father’s estate. As hostile as this fight was, Henry had been pleased that the two of them were able to settle and avoid going to court. He was also very pleased with the terms of settlement with his sister.

In the years that passed, they were able to put all of the ill will and bitterness behind them. They invited one another to family gatherings and they always attended. Henry felt that Miranda had forgiven him, in the same way that he had forgiven her.

Right up to the time of Miranda’s death, he had felt that each of them had regained the love that they had for each other as kids.

However, nobody can really know the deep feelings which reside in another person. Often, such feelings are masked by social graces. This leads to the next part of Henry’s discussion with me.

He handed me a copy of Miranda’s one-page, handwritten will, which he had received from Miranda’s executor. The will made provisions for various members of her family and a number of Henry’s old friends who she had grown up with.She had dealt with all of the gifts in her will under two headings. The first heading read, “Gifts to those who I like.” The second heading read, “Gifts to the ones who I hate.” The provisions which were relevant to Henry and his family were under this second heading, and can be paraphrased as follows:

(a) To my bastard, evil, selfish, crooked, uncaring, piece of s**t brother, who lied and cheated his way through life, which included cheating me, I leave $1.52 to this thief because he doesn’t need my money. He stole enough from me and from other people.

(b) To his witch of a wife, Gerda, who conspired with him to rip me off, and is as much as a fraud as her husband, and who dresses in fancy clothes which she bought with stolen money, I leave the cheap ring that turned my finger green.

(c) To the two offspring of these crooks, I leave $1 each so they can buy a coffee with the only honest money they will ever inherit because everything coming to them from their parents will be stolen money.

When Henry realized that everyone who was named in his sister’s will would get a copy, he knew that they would all be reading Miranda’s slanderous comments about him. He was angered and very concerned over the fact that his sister left very small sums of money to his friends, presumably to ensure that each and every one of them would be receiving a copy of his sister’s will. He was in the financial services business, and comments like this could ruin him.

Considering that Henry thought he had made peace with Miranda, he was especially shocked by the depth of his sister’s hatred, which she evidently had taken with her to her grave.

He wanted to know if he could sue his sister’s estate for defaming his character. I had to refer him to a lawyer who practiced defamation law. How does this story end? We still don’t know. However, what we do know is that it would cost money, energy, and time to pursue a lawsuit of this kind. Maybe that’s what Miranda wanted after all – for it to cost her brother – whether by using his money, energy, time, or defaming his character. I wish we could say that people don’t use wills as weapons, but this is one instance where that’s exactly what happened.

Wills lawyers Les Kotzer and Barry Fish share dozens and dozens of good, bad and ugly inheritance stories, along with insight and advice, in their three other books: The Family Fight: Planning to Avoid It, and The Family War: Winning the Inheritance Battle; and Where There’s an Inheritance…  Stories From Inside the World of Two Wills Lawyers.

Tags: last will, Legal, stories, will, will and testament